Elon Musk is South African entrepreneur mostly known for founding SpaceX and Tesla Motors. Born in 1971, Musk became a billionaire in his late twenties when he sold his startup company Zip2 to Compaq Computers. He had more success when he founded X.com in 1999, SpaceX in 2002, and Tesla Motors in 2003. His name was in all headlines in 2012, when SpaceX launched the first rocket ever used for commercial purposes. I went all the way to the International Space Station. In 2016, he decided to purchase the Solar City.

In the video above, you can see some of his early ideas, during the time when X.com was just starting. The vision and the power of smart investment are two main things that made him so successful at the time, which can be a lesson to all of us considering some future investments.

Founded in 1999, X.com was an online financial services/payments company. In the following year, their efforts resulted in the creation of PayPal, as we know it today. In October 2002, PayPal was acquired by eBay for $1.5 billion in stock. Before the sale, Musk had 11% of PayPal stock.

In 2002, Musk founded the third company, called Space Exploration Technologies Corporation, or SpaceX, with the goal to launch the first spaceship for commercial space travel. As the company was well established by the 2009, NASA awarded them a contract to handle cargo transport for the International Space Station. Another Musk’s creation is Tesla Motors, a company whose aim was to produce affordable electric cars for global market. Five years after it was founded, Tesla Motors unveiled the Roadster, a car capable of accelerating from 0 to 60Mph in 3.7 seconds.

In 2016, many Bitcoin holders were wondering if this company would finally accept Bitcoin and reach the higher level. It is interesting that the biggest car retailer in Czech Republic, Alza, is accepting Bitcoin for Tesla cars since 2017. This is just the one of several Tesla purchases made with Bitcoin in recent years. 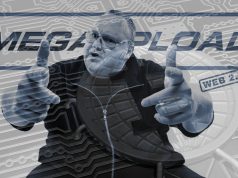 Megaupload 2 and Bitcache Beta in August