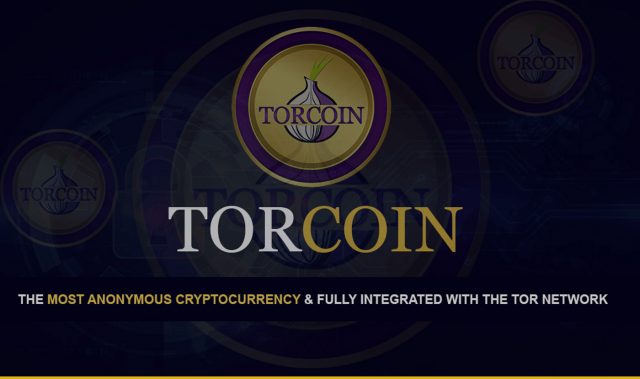 TorCoin is a new cryptocurrency which has roots in the TOR network, well-known for its anonymity. This new, anonymous cryptocurrency uses the X11 proof-of-work consensus which enables miners to support the TorCoin network. Generally speaking, TOR is and decentralized, open source network that can be used by anyone around the world with maximum anonymity on the Internet. It is achieved by routing IP addresses among numerous nodes.

Anonymity is considered to be one of the crucial elements when it comes to cryptocurrency users worldwide. TorCoin guarantees the transactions which cannot be traced to all users. Unlike Bitcoin, TorCoin offers rewards for users who run the TOR node. TorCoin’s aim is to allow users to send coins anonymously, while in bitcoin world, transactions are totally traceable. So, mixing coins is not necessary in order to keep coins anonymous in this new cryptocurrency world.

As TOR is fully integrated with TorCoin, potential attackers are not able to find out who is using the currency, and there is no way for TorCoin users to know the physical location of another user’s node. This currency offers encrypted end-to-end messaging among all users worldwide.

All TorCoin nodes in this system are completely anonymous. It is not possible to know when someone else is running a TorCoin node or trace their location. The network always re-routes user’s connection to other TorCoin nodes that run TOR. This new cryptocurrency intends to provide total integration for Tor with the famous Tor Onion network.

The plan is simple. The intention is to use a proof-of-work algorithm, and then after two years, to switch to proof-of-stake, when there should be a small number of coins issued annually. Staking would be 5% per year. Proof-of-stake is a system that can prevent centralized mining tools which could undermine bitcoin with a 51% attack. Nowadays, the majority of bitcoin mining is located in China, which enables that part of the world a significant influence over the cryptocurrency overall.

The aim is to create 12 million TorCoin coins during the mentioned proof-of-work period, with some small releases of coins which are issued for staking. That way, it can be expected to have fewer coins than bitcoin and much fewer than Ethereum. The TorCoin genesis block was created with a help of around 10% of all coins that are planned to be issued, which is approximately 1.2 million. When it comes to bitcoin, the number is around 1 million coins.

TorCoin invested these 10% to the developers in order to ensure currency’s success and to pay a development team to continue working on this new software. Without investing any coins, the creator might decide to abandon the project, so the importance of this investment is crucial. The creator also offers the option of staking exchanges to list this coin, giving them a fair amount of coin as well. It is important to know that listing a coin on numerous exchanges is essential to the success of any coin in the market. All the information and potential discussion can be found on Bitcointalk official forum.

The value of the TorCoin and its “buy\sell” availability on various exchanges can be checked out on CoinMarketCap.