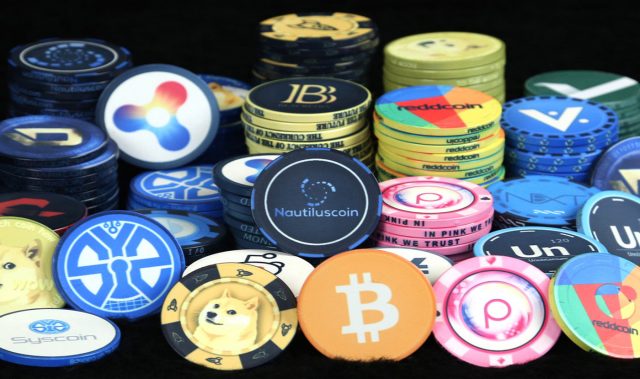 When people learn something about cryptocurrency and begin to get involved with it, they soon realize that there are actually hundreds of types of cryptocurrencies, known as altcoins. Altcoins may be intriguing facet of the cryptocurrency world, but they are simply not made for everyone. The word “altcoin” comes from “Bitcoin alternative”, and it represents every single cryptocurrency except Bitcoin. Altcoins are also referred to as Bitcoin alternatives because most altcoins hope to either replace or improve upon one Bitcoin component at some point.

There are hundreds of altcoins, and more of them appear each day. Most altcoins are a sort of Bitcoin clones, changing only minor characteristics such as the transactions speed, distribution method or hashing algorithm. Most of these new coins do not live too long. One exception is Litecoin, which was one of the very first altcoins. In addition to using a different hashing algorithm than Bitcoin, Litecoin has a higher number of currency units. Except Litecoin, there are many more popular cryptocurrencies on the market, such as Peercoin, Primecoin, Novacoin, etc.

Many Bitcoin users argue that altcoins are completely unnecessary and will not have a success on the market because of the powerful characteristics that Bitcoin posesses. However, altcoins still serve an important role in this market. As the decentralization is one of Bitcoin’s most prominent goals, altcoins intend to further decentralize the cryptocurrency community. It is also important to know that altcoins allow developers to experiment with unique features. While Bitcoin can copy these features if the community wishes to do it, fully-functioning altcoins are much better “cryptocurrency laboratories” than Bitcoin’s testnet.

Altcoins give Bitcoin healthy competition as well. Altcoins offer cryptocurrency users some alternative options which forces Bitcoin’s developers to remain active and continue innovating. If at some point, users do not feel that Bitcoin satisfies their desires, they can always adopt an altcoin. If enough users left Bitcoin for a particular altcoin, the Bitcoin developers would need to adopt the features the community desired.

Namecoin was the first altcoin, created in April 2011. Although it worked as a digital currency, Namecoin’s main purpose is to decentralize domain-name registration, making internet censorship much more difficult. For some period of time, Namecoin held the place among the top ten cryptocurrency market caps throughout its short lifespan.

Regarding the speed of the development of new cryptocurrencies, all digital currency investments are still considered to be quite risky. Even Bitcoin, as the most stable cryptocurrency, exhibits price volatility on a regular basis. But by comparison, altcoins are significantly more volatile. The main reason is their low market cap. Altcoin markets are highly prone to price manipulation.

Some wealthier traders, also known as “whales”, often inject large amounts of capital into low-priced coins in order to build hype and cause the price to skyrocket. Once the price has significantly risen, the whales sell their coins on exchanges, obtaining a massive profit and hurting many vulnerable investors in the whole process. This method is also known as a “pump and dump.”

just like with Bitcoin, there is a variety of ways to buy altcoins. The most common way to obtain them is to accept them as payment for goods or services. Those who are interested in doing this, should place an ad showcasing their skill-set on a cryptocurrency job board.

One of the best ways is surely to trade for altcoins on various cryptocurrency exchanges. Most exchanges use Bitcoin as an intermediary, so if users do not already own bitcoins, they need to buy some before trading for altcoins. Some of the most-trafficked exchanges include Bitstamp, BTC Markets, BTC-e, CEX.io and Coinbase.